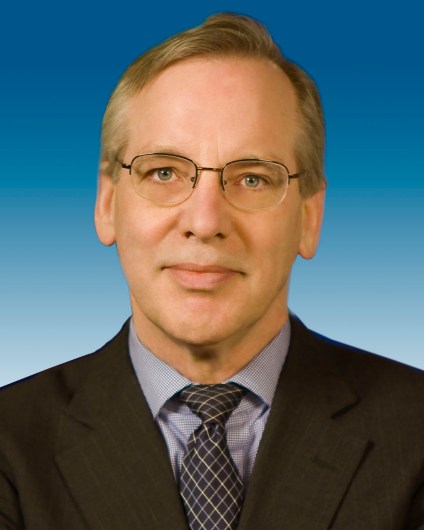 Bill Dudley has over forty years of industry and regulatory experience. He is an expert on financial services regulation, fiscal policy, tax reform, macroeconomics, global trade, and banking culture and conduct.

From 2009 to 2018, Bill was the tenth President and Chief Executive Officer of the Federal Reserve Bank of New York and Vice Chairman of the Federal Open Market Committee. He played a key role in America’s recovery from the 2008 financial crisis, developing monetary policy and implementing emergency lending facilities to help nurse the U.S. economy back to health. As President and CEO, he also:

Bill joined the New York Fed in 2007 as Executive Vice President of the Markets Group, overseeing open-market and forex trading operations. He also managed the System Open Market Account for the FOMC. Concurrent to his tenure at the New York Fed, Bill served on the board of the Bank for International Settlements, where he was chairman of both the Committee on Payments and Market Infrastructures and the Committee on the Global Financial System. In addition, he helped develop and drive the adoption of the BIS’ Principles for Financial Market Infrastructures.

Previously, Bill enjoyed a 20-year career at Goldman Sachs, where he made partner and served as the firm’s chief U.S. economist for a decade. He worked on an array of macroeconomic topics, including fiscal policy, health care reform, the thrift crisis, the less-developed-country debt crisis, and social security reform. Prior to joining Goldman, he was a vice president and regulatory economist at the former Morgan Guaranty Trust Company. Bill began his career at the Federal Reserve Board in 1981.

Bill holds a doctorate in economics from the University of California, Berkeley and a bachelor’s degree from the New College of Florida. He is a member of the Group of Thirty and the Council on Foreign Relations and an active community volunteer in his home state of New Jersey.

One of the many legacies of the COVID-19 pandemic is an acceleration of ESG expectations among policymakers and regulators. A key regulatory priority coming out of the crisis will be horizontal business exams to determine whether banks have not only remediated prior supervisory findings but whether they have understood and…

Today, there is much discussion about Environmental, Social, and Governance (ESG) and their societal implications for 2021 and beyond. The past year has shown how quickly an environmental event can have implications on the entire economy. The focus on ESG challenges bank executives to identify how environmental, social, and governance…

Listen to Bill Dudley, Former President of the Federal Reserve Bank of New York and current Treliant Board Member and Regulatory Advisor in the IIB’s Bank Talk Podcast About: Tune in as IIB’s CEO, Briget Polichene, joins Bill Dudley, former President and Chief Executive Officer of…

Having a corporate culture that supports high ethical standards and appropriate conduct is always important. Ensuring that culture is fully embedded throughout a financial institution in times of crisis is undoubtedly even more critical. It is a necessary bulwark to ensure resilience as stress and risk rise. In the normal…