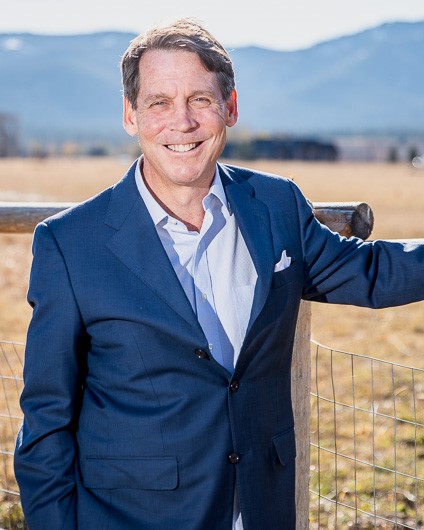 John Carey is a Senior Managing Director with Treliant. He is an accomplished banking executive and attorney with an extensive mix of business, regulatory, legal, corporate governance, compliance, and management experience. He has led teams at major consumer financial services companies, at a national law firm as a litigator, and in government service. He is particularly strong in addressing and solving regulatory challenges, including consent orders, deferred prosecution agreements, and other enforcement actions John also has significant experience in board governance, having served on numerous bank, community, and non-profit boards.

At Treliant, John’s area of expertise is serving as an independent compliance monitor, having recently completed two major monitorships springing from government enforcement actions. His other areas of focus at Treliant are in corporate governance and consumer protection, assisting financial institutions as they build or enhance their compliance programs. John also serves as Treliant’s Chief Compliance & Ethics Officer.

Prior to joining Treliant in late 2016, John had a 20-year career in banking.  At Citigroup, he served in a number of leadership roles including overseeing the first line of defense for Citi’s global consumer bank. While in that role he also served as Chairman of the Board of Banamex USA and led the bank’s effort to resolve its regulatory issues.

Before Citi, John was part of the senior management team at MBNA, a large monoline credit card bank in Wilmington, DE.

Prior to entering banking in 1997, John served in the first Clinton Administration as Chief Counsel to the Office of Presidential Personnel in the White House and then as the General Counsel and Chief Ethics Officer of the Federal Emergency Management Agency.

He began his law career as Law Clerk to the Honorable June L. Green, US District Court in the District of Columbia and then as an Associate and Of Counsel to the law firm of Paul Hastings in Washington, DC.

John is a graduate of Georgetown College and Georgetown Law and is admitted to practice in the District of Columbia and the State of New York.  He is a member of the International Association of Independent Compliance Monitors.

What to Do When Facing a Potential Enforcement Action

Note: Part 1 of this series, “Selecting a Corporate Monitor,” covered the selection process for monitors and independent consultants and the criteria US companies should use to help identify which monitor would most closely meet their needs.1 Part 2, “How to Drive Success Under a…

Deputy Attorney General Announces Changes to the DOJ’s Use of Independent Corporate Monitors Source: justice.gov Treliant Takeaway: During the past half-decade, Treliant has been appointed to undertake and manage several of the major independent corporate monitorships, compliance audits, and independent consultancies that have been initiated by federal and…

How to Drive Success Under a Monitorship

Note: Part 1 of this series, “Selecting a Corporate Monitor”, covered the selection process for monitors and independent consultants and the criteria companies should use to help identify which monitor would most closely meet their needs.1 This article covers the monitoring process itself and how to ensure the best possible…

Corporate monitorships are back on the agenda under the Biden-Harris Administration in the United States. Companies facing a monitorship have an important undertaking ahead that will shape the outcome of the pending monitorship and the future of the company.1 This article is largely directed toward financial-services companies and the leadership,…

U.S. Department of Justice Criminal Division Evaluation of Corporate Compliance Programs Source: justice.gov Treliant Takeaway: Treliant can help institutions of all types and sizes ensure that they meet the expectations of regulators and law enforcement when designing and operating sustainable compliance programs.  These programs include not only…