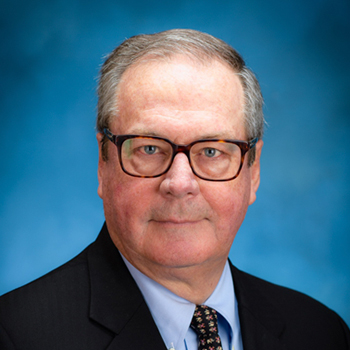 Tom Freeman, Senior Advisor at Treliant, manages the firm’s Credit Risk services for banking, FinTech, and mortgage clients. Tom has over 30 years of experience in both the industry and as a consultant.

Tom also served as SunTrust’s Chief Risk Officer, a position he held for 12 years, with full enterprise responsibility for credit, operational, compliance, and market risks. Prior to joining SunTrust in 2006 as executive vice president and chief credit officer, he was a principal at KPMG. In that role, he was responsible for providing credit risk and other advisory services to a variety of clients including large commercial banks. He joined KPMG in 2004 after a 14-year career at Fleet Boston Financial and its predecessors, where he held a series of increasingly responsible positions including: managing director, corporate strategy and development; consumer lending executive credit officer; director of portfolio management; and corporate vice president, commercial real estate. He began his career with Citibank in 1975 as a bank trainee, progressing to area manager in Houston in 1985, and regional credit officer in 1988.

As we enter 2021, credit markets continue to face stress. Although a vaccine promises an eventual end to COVID-related impacts on credit, pandemic-related risks are a critical component of the year’s credit risk outlook. With widespread vaccine distribution unlikely before summer 2021, many businesses will continue to experience disruptions. Small…