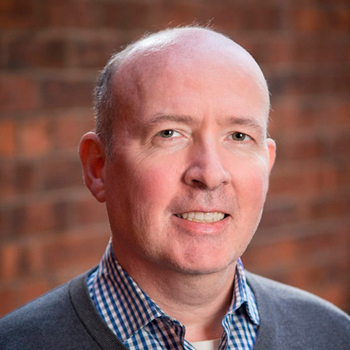 Terry Robinson is Chief Executive Officer of Capital Markets at Treliant. He was co-founder and CEO of Vox Financial Partners which was acquired by Treliant in August 2021.  Terry is a senior executive with extensive global experience in leading IT and regulatory compliance initiatives at major banks and in helping clients manage regulatory and business change.

Terry led Vox in providing consulting services and business process outsourcing to top-tier banks and broker-dealers in the U.S. and Europe.

Prior to Vox, Terry held senior bank industry roles including Director of Regulatory Reform at Citi, Director of Investment Banking IT at Credit Suisse, Head of Cash Trading Systems at Commerzbank, and Senior Project Manager at Nomura. During his time in banking he led data architecture programs, implemented trading and risk management software packages, and designed and managed large-scale outsourcing and offshoring programs. His consulting background includes work as Principal Consultant at Capco, a financial services advisory, where he worked on a multi-million-dollar joint venture with a major financial services provider.

A native of Belfast, Northern Ireland, Terry has lived and worked in London, Frankfurt, and New York. He has a BSc (Hons) in Computer Science from Cardiff University, Wales, and a MSc in System Design from the University of Manchester, England.