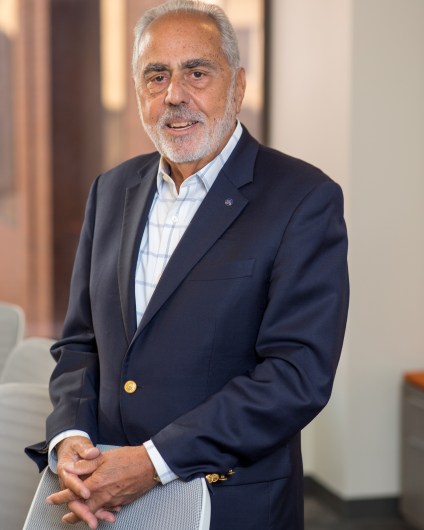 Ed Kramer, a member of Treliant’s Senior Advisory Board, has served the financial services industry for four decades, including senior regulatory and bank executive roles. At Treliant, he will help clients establish coordinated risk management strategy and enhance their compliance with the range of bank and lending regulations.

Ed has also been the Independent Director of Mortgage Electronic Registration Systems, Inc. (MERS) since April 2011. From late 2006 to the end of 2015, he was Executive Vice President, Regulatory Affairs at Wolters Kluwer Financial Services. Prior to this position, he was Deputy Superintendent of Banks in charge of the Consumer Services Division of the New York State Banking Department, which is responsible for performing consumer compliance and fair lending examinations, administering the Community Reinvestment Act (CRA), and coordinating economic development.

Ed was previously First Senior Vice President and Director of Residential Mortgage Lending at The Dime Savings Bank of New York, a Vice President of Public Affairs for the Savings Association League of New York State, and Executive Assistant to the Superintendent of Banks from 1971 until 1974.

From 1996 to early 2000, Ed served as a Public Member of the New York State Banking Board, employing his knowledge of, and commitment to, the CRA and related matters. As one of Governor George Pataki’s appointees to the board, he played a major role in the board’s deliberations of some of the largest banking industry mergers. During the six and a half years he served as Deputy Superintendent of Banks, he represented the Superintendent of Banks as a director on the State of New York Mortgage Agency Board and the Empire State Development Agency Board.

Ed is a member of the Northeastern Regional Board of Directors of Operation Hope, Inc. and serves on the Advisory Board of Neighborhood Housing Services of New York City.

He received his MBA in Management, with distinction, from Pace University.

What's Driving Up Costs in the Mortgage Business

September is a good time to survey the regulatory landscape and prepare for the perennial “back to work” mentality that takes hold in Washington in sultry August’s wake. Time is of the essence, in fact, given the potential for upcoming rulemaking and enforcement actions to drive up compliance costs across…

The Federal Financial Institutions Examination Council (FFIEC) is proposing to revise the Uniform Interagency Consumer Compliance Rating System to align more closely with agencies’ current practice. Standards for evaluating institutions would include three categories of assessment factors: board and management oversight, compliance program, and violations of law and consumer harm.